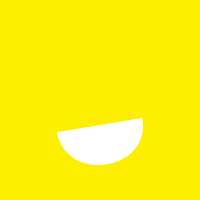 Yubo is the social discovery app to make new friends based in all over the world.

Yubo is building a social media app for young people under 25 with one focus in particular on helping teenagers meeting new people and creating friendships. Compared to the most popular social media apps out there, Yubo isn’t focused on likes and followers.

Yubo was created in and is based in Paris, France. It was launched by TWELVE APP in 2015 and is available on iOS and Android.

Yubo aims to create video live streams with up to 10 friends and make new friends of the same age. The app also offers a swiping feature to swipe on friends of similar age and messaging features.

Yubo has more than 20 million users worldwide. And has sent each other 10 billion messages and started 30 million live video streams. Yubo is mostly active in the U.S., Canada, U.K., Nordic countries, Australia and France.

Yubo entered into a partnership with Yoti to use their age estimation technology to analyze people's faces and estimate how old they are. "It is designed to weed out children who sign up for the site with false birth dates to circumvent the app's minimum age of 13, and can also detect adults who have misstated their ages.

Yubo is backed by Iris Capital, Idinvest Partners, Alven, Sweet Capital and others. The company raised $12.3M in a latest financing on Dec 12, 2019.