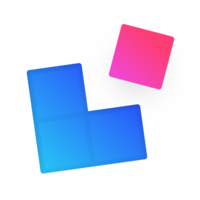 Universe is a mobile app for building mobile websites. It is the easiest way to make a website.

Universe lets users build a personal portfolio site with the same ease of editing a photo on Instagram.

Universe was founded in 2014 by Joseph Cohen. The company is headquartered in Brooklyn, New York.

Universe's mission is to empower everyone to build the internet.

Universe's mobile app allowed users to create very basic landing pages, allowing them to type up some text, toss up photos and arrange their creation across a couple of web pages.

Universe is backed by GV, Javelin Venture Partners, General Catalyst  and Greylock Partners. The company raised $10M in a Series A round on April 07, 2020. This brings Universe's total funding to $17M to date.