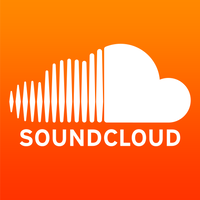 SoundCloud is an online audio distribution platform that enables its users to upload, record, promote, and share their originally-created sounds.

SoundCloud can be accessed anywhere using the official iPhone and Android apps, as well as hundreds of creation and sharing apps built on the SoundCloud platform.

SoundCloud was established in Berlin in August 2007 by Swedish sound designer Ljung and Swedish artist Wahlforss. It's web site was launched in late 2008.

SoundCloud has nearly 300+ full-time staff currently, with over 30 different nationalities and 30 languages spoken at the company.

Today, SoundCloud reaches more than 350 million people every month around the globe, across the web, mobile, our embeddable widget and our API. More than 175 million unique listeners monthly and our creators post 12 hours of new content on SoundCloud every minute.

SoundCloud's key features include the ability to access uploaded files via unique URLs, thus allowing sound files to be embedded in Twitter and Facebook posts (note: as of 12 August 2015, mobile devices require a SoundCloud app to play a track within Facebook, an issue confirmed by SoundCloud in November 2016). A file may be embedded by clicking a share button corresponding to the target site (e.g., Twitter). This contrasts with MySpace, which does not have reshare buttons.

SoundCloud's API allows programs to upload music and sound files, or download files if the uploader has gave permission to do so. This API has been integrated into several applications, including DAW software such as GarageBand, Logic Pro, and Studio One.

SoundCloud is backed by investors including Temasek Holdings, Twitter Ventures, IVP, Index Ventures, Union Square Ventures, SiriusXM, Ashton Kutcher and others. The company raised $75M in a latest financing on Feb 11, 2020. This brings SoundCloud's total funding to $542.8M to date. SoundCloud has also acquired Instinctiv on May 2012.