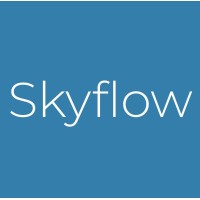 Skyflow protects your consumers with a modern cloud-native vault.

Skyflow was founded in 2019 by Anshu Sharma and Prakash Khot. The company is headquartered in Mountain View, California.

Skyflow has raised $7.5M in a Seed round of funding on May 21, 2020. Foundation Capital’s Ashu Garg led the round, with the company touting smaller checks from Jeff Immelt (former GE CEO) and Jonathan Bush (former AthenaHealth CEO).