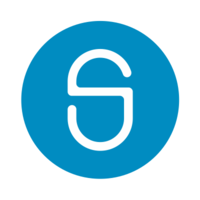 SimpliSafe is a home security company that designs home security systems that are wireless, cellular and so user-friendly they can be set up by anyone in minutes.

SimpliSafe fundamentally changed the alarm industry, pioneering a new way to make home the safest place on earth for everyone.

SimpliSafe was founded in 2006 by Chad Laurans and Eleanor Laurans. The company is headquartered in Boston, Massachusetts, with an office in Manchester, UK.

SimpliSafe's Video Doorbell Pro includes an HD camera, a heat sensor, and built-in microphones. Simplisafe also offers a Smart Lock that can be user installed, and controlled using a smartphone with the SimpliSafe app. SimpliSafe now protects over 2 million Americans and that number is quickly rising.