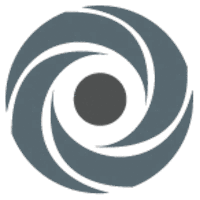 Replit's platform enables anyone to begin coding with minimal preparation and no downloads.

Replit was founded in 2016 by Amjad Masad, Faris Masad, and Haya Odeh. The company is headquartered in San Francisco, California and Jordan.

Replit, with support for more than 50 programming languages, can be used to build apps and websites through a browser on any operating system or device (including mobile), with the added ability to share projects, create communal workspaces, and grant access to containers for executing code.

Replit removes friction from the coding process by putting everything in the browser, with bundled features such as live chat for anyone working on the same codebase.

Replit also integrates directly with GitHub, allowing users to import, run and collaborate with repositories on the world’s biggest code-hosting platform. Replit counts users from big-name companies such as Google, Facebook, and Stripe.

Replit is backed by Andreessen Horowitz, A.Capital Ventures, Reach Capital, Bloomberg Beta, Y Combinator and others. The company raised $20M in a Series A round on Feb 18, 2021. This brings Replit's total funding to $25.8M to date.