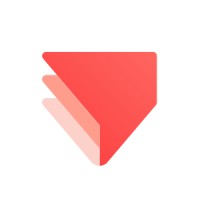 ProtoPie is an award-winning prototyping software which creates prototypes nearly as powerful as those made with code, with half of the efforts, and zero code.

ProtoPie is the easiest tool used to turn your UI/UX design ideas into highly interactive prototypes for mobile, desktop, web, all the way to IoT.

ProtoPie was founded in 2014 by Tony Kim. The company is headquartered in Seoul, South Korea.

ProtoPie allows building prototypes without a line of code and utilizes sensors of smart devices.

ProtoPie helps companies to release better and validated products, allows them to go to market faster, and save costs throughout the process by revolutionizing their prototyping workflows.

ProtoPie is backed by Samsung Venture Investment, Vela Partners, WONIK Investment Partners, HB Investment and others. The company has expanded its Series A with $6.3M in additional funding on Mar 19, 2020. This brings ProtoPie's total funding to $9.9M to date.