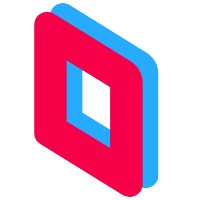 Parsec gives gamers the freedom to play PC games without owning expensive hardware (cloud gaming) or share their hardware with their friends and play games together (Party Finder).

Parsec was founded in 2016 by Benjy Boxer and Chris Dickson. The company is headquartered in New York, New York.

Parsec allow its users to stream video game footage through an Internet connection, allowing one to run a game on PC but play it remotely.

Parsec use its technology to power our cloud gaming marketplace where consumers have the option to build a cloud rig from multiple hardware providers. The technology is also used to help gamers sit on the virtual couch and play any offline multiplayer game online.

Parsec's product includes Parsec For Teams, uses the firm's technology to support remote interactive desktop applications. Parsec Arcade, which supports game streaming on a broad range of devices. It can be used by consumers.

Parsec is backed by Makers Fund, Lerer Hippeau, NextView Ventures, Notation Capital and HP Ventures. The company raised $7M in a Series A round on May 12, 2020. This brings Parsec's total funding to $9.3M to date.