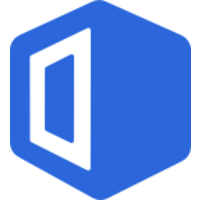 OpenSpace is an open source interactive data visualization software designed to show the known universe and portray our efforts to investigate the cosmos.

OpenSpace is on a mission to bring new levels of transparency to construction.

OpenSpace was founded in 2017 by Jeevan Kalanithi, Philip DeCamp and Michael Fleischman. The company is headquartered in San Francisco, California.

OpenSpace's solutions combines simple off-the-shelf 360° cameras, computer vision, and AI to make it incredibly easy to capture a complete visual record of a jobsite, share it via the cloud, and track progress remotely.

On average, customers report that the patented OpenSpace platform is 20 times faster and more complete than manual site capture, enabling an entirely new class of remote collaboration applications. The company's AI-powered Vision Engine provides turnaround times for image processing that are radically faster than anything else on the market.

OpenSpace's software automatically handles imagery capture. After the data is uploaded, it organizes the images, pins them to the correct location on the floorplan, and stitches them together—with no additional manual input needed.

OpenSpace is backed by Menlo Ventures, Lux Capital, JLL Spark, Navitas Capital, Nine Four Ventures, Taronga Group and others. The company raised $15.9M in Series B round on Jul 27, 2020. This brings OpenSpace's total funding to $33.3M to date.