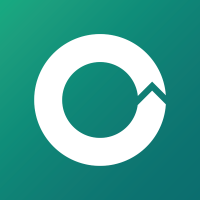 OfferUp is the provider of an online shopping platform that allows users to sell and buy products.

OfferUp is changing the way people buy and sell by making it as easy as taking and sharing a photo from your mobile device.

OfferUp was founded in 2011 by Arean van Veelen & Nick Huzar and is based in Bellevue, Washington.

The OfferUp platform, offered for iOS, Android and web, facilitates buying and selling used goods. The marketplace, which has been optimized for smartphones, features large photos of products for sale via a visually appealing infinite scroll interface.

OfferUp currently offers a “bump” feature, which allows users to move their item to the top of the queue for increased visibility at a nominal fee. Transactions are completed using cash or through OfferUp's in-app payment platform. The company's product team continues to focus on removing “friction” and making transactions as seamless as possible for both buyers and sellers.

OfferUp is backed by top investors including Andreessen Horowitz, Warburg Pincus, GGV Capital, T Rowe Price, OLX Group, Coatue Management and others. The company raised $120M in a new round of funding on Mar 25, 2020. This brings OfferUp's total funding to $381M to date.