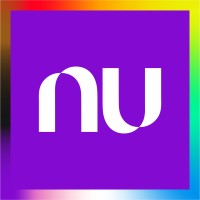 Nubank is a financial services startup based in Brazil, offers customers a no-fee, low-interest credit card that customers can manage with their iOS and Android devices.

Nubank is committed to fighting complexity and empowering Brazilians to take control of their finances.

Nubank was founded in 2013 by Colombian David Vélez, Brazilian Cristina Junqueira and American Edward Wible. The company is based in Pinheiros region of São Paulo, São Paulo, Brazil with an engineering office in Berlin, Germany, and an office in Mexico City, Mexico.

Nubank is the biggest digital bank in the world by number of customers: 40 million. The company started as a tech company in Brazil that offered only a fee-free credit card with a line of credit of R$50 (about USD$10).

Nubank now offers a variety of financial products, including a digital bank account, a debit card, insurance, P2P payment via Pix (the Brazilian equivalent of Zelle), loans, rewards, life insurance and an account and credit card for small business owners.

Nubank also offers transparent and hassle-free personal loans, a benefits program with points that don't expire, and a business account tailored for SMBs. In 2020, Nubank acquired digital broker Easynvest and became the leader in self-directed digital investments in Brazil.

Nubank is backed by Sequoia, TCV, Founders Fund, Kaszek, Tiger Global, GIC, Berkshire Hathaway, Goldman Sachs, QED Investors, DST Global, Invesco, and others. The company raised $750M as an extension of its Series G round on June 08, 2021, bringing the round total to $1.15B. The additional investments brings Nubank's total funding to $2.55B to date. The new round pushed the company's valuation to $30B, which iis $5B more than the previous $25B valuation achieved in Jan 2021.

Nubank was named as the most innovative company in Latin America, in 2019 by Fast Company. The company was also ranked 36th among the 50 Most Innovative Companies of the world.