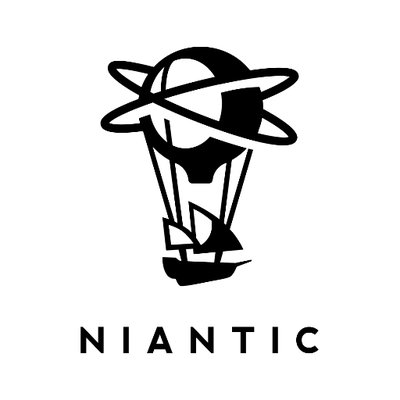 Niantic's mission is to use emerging technology to enrich our experiences as human beings in the physical world.

Niantic was founded in 2010 by John Hanke, as an internal startup within Google. The company is headquartered in San Francisco, Sunnyvale, Bellevue, Los Angeles, London, Tokyo, Hamburg, and Zurich.

Niantic's real-world gaming platform includes a massively scalable engine for shared state and user interactions already proven to support hundreds of millions of users and a client platform that sets the standard for mapping, security, and AR capabilities.

Niantic is best known for developing the augmented reality mobile games Ingress and Pokémon Go. Niantic recently unveiled its Lightship AR Developer Kit (ARDK), which makes it easy to make AR games publicly available for free to anyone to develop games for.

Niantic recently shut down its Harry Potter: Wizards Unite game, but it also recently launched Pikmin Bloom, designed to be played while walking around with a smartphone.

Niantic is backed by Coatue, IVP, Founders Fund, Spark Capital, Nintendo, AXiomatic Gaming, Samsung Ventures, and others. The company raised $300M in a new round on Nov 23, 2021. This brings Niantic's total funding to $770M to date. The latest round nearly tripled the company's valuation to $9B post-money Niantic was previously valued at $3.9B from their Series C raised in Jan 2019.