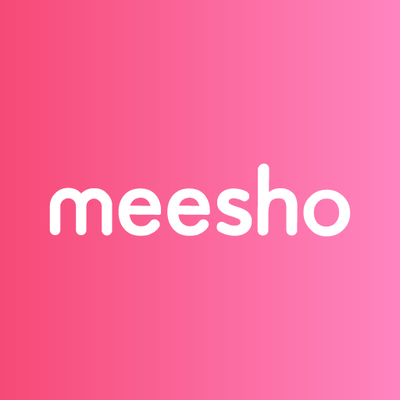 Meesho is an online reseller network of housewives and SMBs, who sell products within their network on social channels.

Meesho enables small businesses and individuals to start their online stores via social channels such as WhatsApp, Facebook, Instagram etc.

Meesho was founded in December 2015, by Vidit Aatrey & Sanjeev Barnwal and is headquartered in Bengaluru, India.

Meesho was one of the three Indian companies to be selected for Y Combinator in 2016. It was also a part of the first batch of Google Launchpad - Solve for India program. In June 2019, Meesho became India’s first startup to receive investment from Facebook.

Meesho's offerings include order management, taking care of logistics, online payments, real-time shop updates and allowing businesses to get their customers to subscribe.

Meesho claims to have a network of more than 13 million entrepreneurs, a majority of whom are women, over 100,000 suppliers across nearly 5,000 Indian towns and cities that largely deal with grocery, apparel, home appliances and electronics items.

Meesho is backed by SoftBank Vision Fund 2, Shunwei Capital, Facebook, SAIF Partners, DST Partners, Prosus Ventures, RPS Ventures and others. The company raised $300M in Series E round on Apr 05, 2021. This brings Meesho's total funding to $515.2M to date. The Series E round valued Meesho at $2.1B post-money.

Meesho has received multiple awards and accolades such as: ranked 8 among 25 fastest-growing Y Combinator incubated startups by VC-focused data platform Mattermark, In Feb 2018, Forbes India featured Meesho founders Vidit Aatrey and Sanjeev Barnwal in its 30 Under 30 list of young achievers.