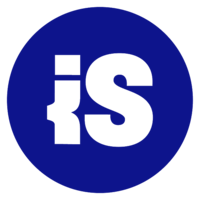 IronSource was founded in 2010 by Tomer Bar-Zeev. The company is headquartered in Tel Aviv, Israel, with additional offiices in London, New York, San Francisco, Beijing, Bangalore, Seoul, Tokyo and Taiwan.

IronSource has over 80K users, including the industry’s largest in-app video network. Its customers and partners include software, app and game developers with the list including the likes of EA, Zynga, Kongregate, Zeptolab, Big Fish Games and Playrix.

IronSource is backed by CVC, Viola Ventures, 83North, Access Industries and others. The company raised $400M to sell 25% of its stake to CVC on Oct 4, 2019. The deal values the companies at $1B+. IronSource now has a total of $505M in funding to date.

IronSource has acquired AfterDownload Ltd, & Upopa. In September 2015, ironSource merged SuperSonic into its mobile operation for a price estimated to be $200 million. The new organization, which re-branded itself as ironSource.

ironSource was chosen as one of the '20 hottest startups' in 2013 and was listed in the Wall Street Journal "Billion Dollar Startup Club". In September 2015, ironSource was named by the World Economic Forum (WEF) as a Global Growth Company. ironSource has also been named one of the hottest pre-IPO tech companies by Business Insider, and one of Israel's most innovative companies by Fast Company.