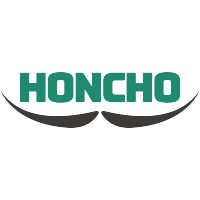 Honcho is a governance software for business leaders developed to prevent damaging communications from ever happening in the first place.

Honcho's software is set up to detect, prevent and deter issues before they arise. In every application.

Honcho was founded in 2014 by Anish Parikh. The company is headquartered in Longmmont, Colorado.

Honcho's software sits on each desktop, alerting the user as they are typing if a word choice can be interpreted as inappropriate or risky, allowing users to correct messages before ever leaving their inbox. Its dashboard tracks and scores each alert for management, taking into account the full context of the communication occurring before and after the alert.

Honcho puts business leaders in control of communications and helps companies protect their own reputation as well as their employees. The company's customers include three of the world's 20 largest companies and four of the world's top 10 commodities trading firms.

Honcho is backed by FINTOP Capital, Peter Thiel, co-founder of PayPal, Palantir Technologies and Founders Fund. The company raised $4M in Series A round on Sep 02, 2020. This brings Honcho's total funding to $5.4M to date.