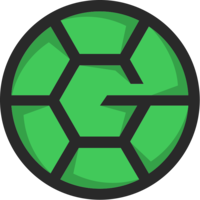 Grintafy is a social engine that connects you to other players showcasing their skills all around the globe.

Grintafy was founded in 2018 by Majdi Al-Lulu. The company is headquartered in Jeddah, Mecca, Saudi Arabia.

Grintafy's mission is to promote a platform that strives to enable beginners and amateurs to become professional football players.

Grintafy has the largest selection of football social network for players, local clubs, scouts, and service providers. Their profile serves as a football CV with details about their performance, playing behavior, previous teams, and videos, which allows professional clubs and scouts to hunt them.

Grintafy's platform allows the players to book different services for their games including fields, referees, coaches, and others. The platforrm has over 200,000 users who have organized more than 8,000 games, posted more than 25,000 records (and 100,000 ratings), made 100,000 game requests, and sent over half a million messages.

Grintafy has raised $1.25M in a Seed round on May 06, 2020. The financing was led by Wa’ed Ventures, with participation of Nafithat Al Mustagbal Investments.