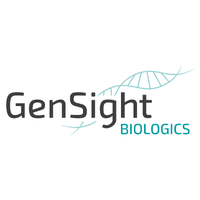 GenSight Biologics is a clinical-stage biotechnology company discovering and developing novel therapies for neurodegenerative retinal diseases and diseases of the central nervous system.

GenSight was founded in 2013. The company is headquartered in Paris, Ile-de-France, France with an additional office in New York, New York.

GenSight has been using an integrated development platform based on the combination of a gene therapy-based approach with technologies such as Mitochondrial Target Sequence (MTS) and optogenetics.

GenSight is venture backed by Index Ventures, Novartis Venture Fund, Abingworth, & Versant Ventures among others. The company went public on Jul 22, 2016 with a €237.4M IPO valuation.