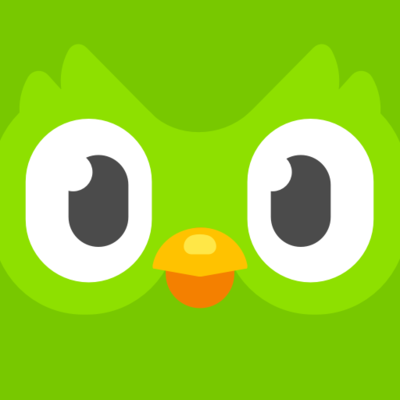 Duolingo is a platform that includes a language-learning website and app, as well as a digital language proficiency assessment exam.

Duolingo uses the freemium model; the app and the website are accessible without charge, although Duolingo also offers a premium service for a fee.

Duolingo was launched in Nov 30, 2011, by Luis von Ahn and Severin Hacker, and publicly release on Jun 19, 2012. The company is headquartered in Pittsburgh, Pennsylvania, with offices in New York; Bellevue, Washington and Beijing, China.

Duolingo is on a mission to bring free language education to the world, we’re building a future in which the highest-quality education is accessible to all.

Duolingo offers 98 total courses across nearly 40 distinct languages, and is available on iOS, Android, and Web.

Duolingo's approach is simple — language learning should be fun, personalized, and based on science. Duolingo is the most popular way to learn a new language. The company has more than 500 million total app download .

Duolingo has added to the growth from its core language-learning app with new products, including podcasts for Spanish and French learnings, and Duolingo Events, which connect language learners in person around the world.

Duolingo is backed by Alphabet’s CapitalG, Kleiner Perkins Caufield Byers, Durable Capital Partners LP, General Atlantic, Union Square Ventures, NEA and others. The company raised $35M in a Series H round on Nov 18, 2020. This brings Duolingo's total funding to $183.8M to date. The latest round values the company at $2.4B post-money. Duolingo was previously valued at $1.5B after it had raised its Series F financing round in Dec 2019.

Duolingo was also listed in 2019: CNBC Disrupter 50 list, named 2018's Inc. Best Places to Work and Entrepreneur Top Company Culture List. They were also named in The World's Most Innovative Companies by Fast Company in 2018, 2017 and 2013.