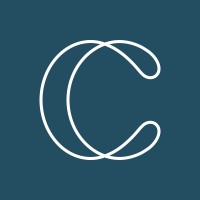 Covariant, formerly known as Embodied Intelligence, that specializes in creating products that can be used to teach robots new skills.

Covariant's mission to build the Covariant Brain, a universal AI to give robots the ability to see, reason and act on the world around them.

Covariant was founded in 2017 by Rocky Duan, Tianhao Zhang, Pieter Abbeel and Peter Chen. The company is headquartered in Berkeley, California.

Covariant is bringing AI from research in the lab to the infinite variability and constant change of our customer’s real-world operations requires new ideas, approaches and techniques.

Covariant is your partner to cut through the hype, create a roadmap and deploy robotics across your operations, all built on the universal AI that powers the Covariant Brain. The company had already deployed its technology to real-world facilities in Europe and North America. In March, the company announced a partnership with top industrial robotics company ABB.

Covariant is backed by Index Ventures, Amplify Partners, Radical Ventures and others. The company raised $40M in a Series B round on May 06, 2020. This brings Covariant's total funding to $67M to date.