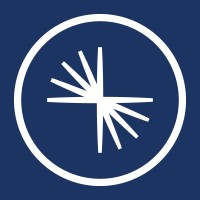 Confluent is a provider of a leading streaming platform that enables enterprises to maximize the value of data.

Confluent offers a streaming platform based on Apache Kafka that enables companies to easily access data as real-time streams.

Confluent was founded in 2014 by Jay Kreps, Neha Narkhede, & Jun Rao. The company is headquartered in Palo Alto, CA with an additional office in London, UK.

Confluent Platform lets leaders in industries such as retail, logistics, manufacturing, financial services, technology, and media, move data from isolated systems into a real-time data pipeline where they can act on it immediately, by leveraging the Apache Kafka technology.

Confluent is backed by Benchmark, Index Ventures, Sequoia Capital, Coatue Management, Altimeter Capital and Franklin Templeton among others. The company raised $250M in a Series E round on Apr 21, 2020. This brings Confluent's total funding to $455.9M to date.

Confluent reached to a massive $4.5B valuation after its Series E post-money on April 21, 2020. The company was previously valued at $2.5B from its Series D financing on Jun 23, 2019. Confluent has also acquired Distributed Masonry on Aug 2, 2018.

Confluent was the winner of 2019 Google Cloud Technology Partner of the Year Award for Data and Analytics. The company also received Morgan Stanley CTO Innovation Award at 19th TechWeek and CTO Innovation Summit in 2019.