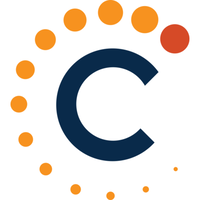 Concertio is the leading provider of AI-powered system performance optimization tools from the lab to deployment.

Concertio provides AI-powered performance optimization tools that boost the performance of computing systems by tailoring the many system setting.

Concertio was founded in 2016 by Tomer Morad, Andrey Gelman, and Tomer Paz. The company is headquartered in New York, New York.

Concerito’s patented Optimizer boosts performance by tailoring the many system and application settings to work in concert with the currently running workloads, all automatically, continuously and in real-time.

Concertio Optimizer monitors and learns from the interactions between your applications and systems to dynamically bring them into concert with each other. Achieve maximum performance and virtually perfect system balance through optimal configuration settings.

Concertio has raised $4.2M in a Seed round on April 02, 2020. The investment was led by Differential Ventures.