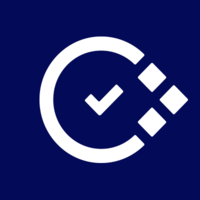 Coinfirm’s mission is to provide technology for regulatory compliance, bringing new levels of transparency and trust to the world of digital currencies.

Coinfirm was founded in 2016 by Paweł Kuskowski, Paweł Aleksander, Jakub Fijołek, and Grant Blaisdell. The company is headquartered in London, with an office in Warsaw, Poland.

Coinfirm has gained significant traction as the go-to provider for digital asset compliance and analytics, working with major players in the blockchain and RegTech industries. Existing clients and affiliates include the likes of PKO BP, the largest bank in Central and Eastern Europe; Binance; Xapo; RSK; and the Government of Gibraltar.

Coinfirm’s blockchain-agnostic platform is used by groups around the world, ranging from major financial institutions to cryptocurrency exchanges. It offers the industry’s largest blockchain coverage, supporting over 1,300 cryptocurrencies including Bitcoin, Ethereum, and Hyperledger.

Coinfirm is backed by Bird Capital, NKB, Alfabeat, Gauss Ventures and Blockchain Valley Ventures. The company raised $4M in a Seed round on Jan 30, 2020. This brings Coinfirm's total funding to $4.5M to date.