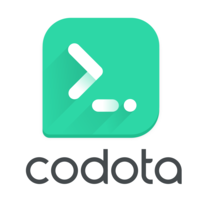 Codota is an AI pair programmer that helps developers create better software, faster by providing insights learned from all the code in the world.

Codota was founded in 2013 by Dror Weiss and Eran Yahav. The company is headquartered in Tel Aviv, Israel.

Codota provides an AI tool to developers to let them autocomplete strings of code that they are writing — intended both to speed up their work (it claims to “boost productivity by 25%”) and to make sure that it’s using the right syntax and ‘spelled’ correctly.

Codota completes lines of code based on millions of Java programs and your context helping you code faster with fewer errors. Codota lets you find the best code examples relevant to your context in the IDE.

Codota is backed by Khosla Ventures, e.ventures, TPY Capital, Hetz Ventures and others. The company raised $12M in a Series A round on April 27, 2020. This brings Codota's total funding to $14.6M to date.