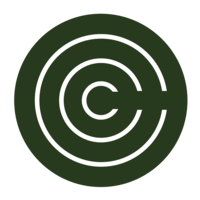 Chief is a private network built to drive more women into positions of power and keep them there.

Chief is the only organization specifically designed for senior women leaders — rising VP level through CEO — to strengthen their journey into the C-suite, cross-pollinate power across industries, and effect change from the top-down.

Chief was founded in 2018 by Carolyn Childers and Lindsay Kaplan. The company is headquartered in New York, New York.

Chief members are placed into a Core Group, which is industry-agnostic, to receive training from one of the company’s contracted and vetted executive coaches alongside their peers. In these peer groups, members talk about their challenges and receive support and guidance from one another, as well as an executive coach.

Chief has more than 2,000 members in New York, Los Angeles and Chicago, from companies like Google, IBM, HBO, Chobani, Walmart, Visa, Teladoc, Doctors Without Borders and The New York Times.

Chief is backed by General Catalyst, Inspired Capital, GGV Capital, Primary Venture Partners, Flybridge Capital and BoxGroup. The company raise $15M in a new round of funding on May 21, 2020. This brings Chief's total funding to $40M to date.