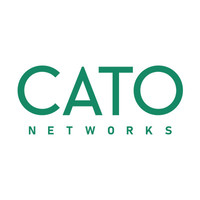 Cato Networks was founded in 2015 by Shlomo Kramer and Gur Shatz. The company is headquartered in Tel Aviv, Israel.

Cato’s platform is made up of two parts: the Cato SASE Cloud and Cato Security Services. The SASE cloud is a service running on a backbone of interconnected more than 65 PoPs to which enterprises, datacenters, and remote users connect.

Cato Security Services is a set of network security capabilities built into the network, including a firewall, a secure web gateway, and antimalware and managed detection and response technologies.

Cato opened a new PoPs across the globe in places such as Casablanca and Morocco and increased density in Germany, Austria, and Switzerland, where it opened its 16th PoP (in Munich).

Cato is backed by Lightspeed Venture Partners, Aspect Ventures, Coatue, Greylock Partners, Singtel Innov8, USVP, and others. The company raised $200M in Series F round on Oct 19, 2021. This brings Cato's total funding to $532M to date. The latest round more than doubled the company's valuation to $2.5B post-money. Cato was previously valued at $1B after its Series E round raised in Nov 2020.