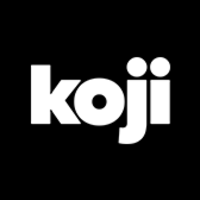 koji is thee leading app store for the creator economy and the world's most powerful Link in Bio platform.

Koji is refactoring the creator economy into an ecosystem where incentives between creators, consumers, and developers are truly aligned.

Koji was founded in 2016 by Dmitry Shapiro and Sean Thielen. The company is headquartered in San Diego, California.

Koji's app store includes everything from fun novelties like customizable games to powerful utilities like Shoutout, an app that lets creators offer customized videos to their fans.

Koji recently announced a suite of innovative Web3 apps, including commerce apps that offer product discounts for customers who own specific NFTs.

Koji has over 150 thousand creators using its Link in Bio platform and over 200 apps to engage with their audiences.