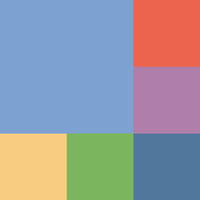 UrbanFootprint is the world's first urban intelligence platform — a comprehensive urban, climate, and community resilience data system that serves mission-critical insights to the institutions that are rebuilding, financing, and insuring the world's physical and social infrastructure.

UrbanFootprint was founded in 2014 by Peter Calthorpe and Joe DiStefano. The company is headquartered in Berkeley, California.

UrbanFootprint compiles, maps, and analyzes thousands of previously-siloed data points covering climate, land use, economic, and social conditions and connects them to a proprietary canvas of 160 million land parcels that cover nearly every inch of the United States.

UrbanFootprint is already being used by hundreds of planners, designers, and engineers across private planning firms, cities, and businesses, who want to leverage the power of data and analysis to build smarter, evaluate urban markets, and plan for resilience.

UrbanFootprint is backed by Citi (via its Citi Ventures and SPRINT groups), Social Capital, UrbanFootprint, Valo Ventures, 2150, A/O PropTech, Assured Guaranty, Dcode Capital, and others. The company raised $25M in Series B round on May 18, 2022. This brings UrbanFootprint's total funding to $43M to date.