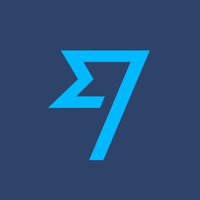 TransferWise is the clever new alternative to banks and brokers, that allows people to transfer money abroad at a lower cost than ever before.

TransferWise was founded in London in March 2011 by Taavet Hinrikus and Kristo Kaarmann. The company is headquartered in London and has offices in a number of cities including Tallinn, New York and Singapore.

TransferWise uses technology developed by the people who built Skype and PayPal to remove all the fees the foreign exchange industry has kept hidden for decades.

TransferWise supports more than 750 currency routes across the world including GBP, USD, EUR, AUD and CAD, and provides multi-currency accounts. In 2018 TransferWise's net profit reached $8 million and its customer-base reached 4 million, who collectively transfer around $4 billion per month.

TransferWise, prior to the latest $5B valuation, was previously valued at $3.5B after a secondary markt financing on May 21st, 2019. The latest $5B valuation, makes TransferWise the most valuable fintech startup in Europe. The company was also named as one of "East London's 20 hottest tech startups" by The Guardian, it has also been picked as a Wired UK Start Up of the Week as well as being listed as number 12 in Startups.co.uk's list of the top 100 UK start-ups of 2012. In May 2015, Transferwise was ranked No. 8 on CNBC's 2015 Disruptor 50 list. In August 2015 the company was named a World Economic Forum Tech Pioneer.