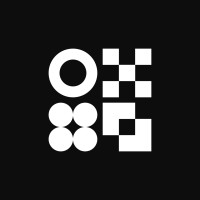 Thought Machine's technology enables established and challenger banks to compete in the cloud-native era, and deliver the highest levels of scalability, resilience and security.

Thought Machine was founded in 2014 by Paul Taylor. The company is headquartered in London, London, United Kingdom.

Thought Machine stands out by way of the strength of its engineering capability, and is unique in being the only company in the banking technology space that has developed a platform capable of hosting and migrating international Tier 1 banks.

Vault is built around APIs, using a microservice architecture and a system of Smart Contracts — hosted on a cloud service of the customer’s choosing (the likes of Google Cloud Platform, Microsoft Azure, Amazon Web Services and IBM Cloud are supported).

Thought Machine is backed by loyds Banking Group, Eurazeo, Temasek, JPMorgan Chase, Draper Esprit, Morgan Stanley, ING, Standard Chartered Ventures, Nyca Partners, British Patient Capital, IQ Capital, Intesa Sanpaolo, Playfair Capital, SEB, and others. The company raised $160M in Series D round on May 18, 2022. This brings Thought Machine's total funding to $562.6M to date. The latest round valued the company at a $2.7B post-money. Thought Machine was last valued at over $1B from a Series C raised in Nov 2021.