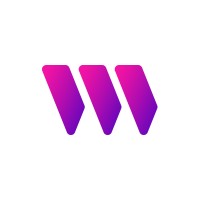 thirdweb is a platform that provides a suite of tools for creators, artists, and developers to easily build, launch and manage a Web3 project.

thirdweb was founded in London in 2022 by Steven Bartlett and Furqan Rydhan. The company is headquartered in London, with offices in New York and San Francisco.

thirdweb offers pre-built, audited smart contracts that serve as a quick-start guide for developers who want to create and safely deploy applications to blockchains then manage the related analytics. Potential uses include blockchain games and non-fungible token (NFT) drops.

thirdweb tools have been used by global brands like buy now, pay later platform Afterpay, and New York Fashion Week, and the startup has a partnership with Coinbase’s NFT marketplace. In the past nine months, over 55,000 developers have used thirdweb tools to build applications.

thirdweb is backed by Coinbase Ventures, Haun Ventures, Shopify, Protocol Labs, Polygon, Shrug VC, Ryan Hoover founder of Product Hunt, Joseph Lacob and others. The company raised $24M in Series A round on Aug 25, 2022. This brings thirdweb's total funding to $29M to date. The latest round valued the company at a $160M post-money.