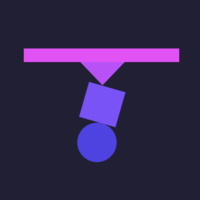 SteadyPay is a leading income smoothing app for the modern economy.

SteadyPay's vision is to become the lifetime financial partner of gig-economy workers globally.

SteadyPay was founded in 2017 by John Downie and Victor Pawley. The company is headquartered in London, United Kingdom.

SteadyPay’s core offering is its income-smoothing product, which tops up a user’s bank account when their earnings fall below their monthly average. Users pay a monthly fee of £4 per week, or just over $5 a month, for the service.

SteadyPay underwrites users on the platform through an artificial intelligence-based model. Its algorithm primarily leverages information from “open banking” data, which is secure customer information that large United Kingdom banks are required by law to share with third parties and technical service providers.

SteadyPay also incorporates some transactional banking data and users’ public social media information to predict a users’ creditworthiness. The company has over 9,000 active users on the platform across a variety of industries, most of whom are between 22 and 40 years old.

SteadyPay is backed by Digital Horizon, Ascension Ventures, Hambro Perks, U.K. government’s Future Fund, and others. The company raised $5M in Series A round on Mar 04, 2022. This brings SteadyPay's total funding to $8.8M to date.