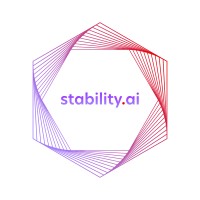 Stability AI is the first open-source, artificial intelligence (AI) company developing breakthrough technologies for the benefit of humanity and the world.

Stability AI's mission is to advance and democratize artificial intelligence through open source and open science.

Stability AI was founded in 2019 by Emad Mostaque. The company is headquartered in London, with an office in San Francisco, California.

Stability AI puts the power back into the hands of developer communities and opens the door for ground-breaking new applications.

Stability AI is the company behind Stable Diffusion, a powerful, free and open-source text-to-image generator that launched in August. Since launching, Stable Diffusion has been downloaded and licensed by more than 200,000 developers globally.

Stability AI's consumer-facing product DreamStudioquickly grew to well over a million registered users from more than 50 countries who collectively have created more than 170 million images.

Stability AI has raised £89M ($101M) in a Seed funding on Oct 11, 2022. The oversubscribed round was led by Coatue, Lightspeed Venture Partners, and O'Shaughnessy Ventures LLC. The transaction valued the company at a $1B post-money.