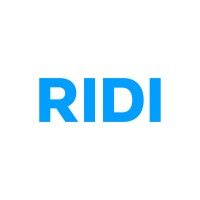 RIDI Corp was founded in 2008 by Kisik Bae. The company is headquartered in Seoul, South Korea.

RIDI is backed by GIC, Korea Development Bank, NVESTOR, Atinum Investment, Praxis Capital, Mirae Asset Venture Investment, NeoPlux, and others. The company raised KRW 120B ($100M) in new round on Feb 28, 2022. This brings RIDI's total funding to $178M to date. The latest round valued the company at a $1.2B post-money, making RIDI the first Korean content company to become a unicorn.