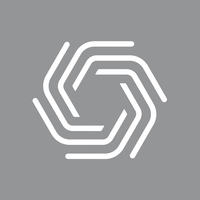 Plume is a Software-as-a-Service company that provides smart WiFi services for personal households and small businesses by selling direct-to-consumer or through ISP partners.

Plume helps you bring any experience you can imagine into your home — now and in the future.

Plume Design was founded in 2015 by Fahri Diner and Aman Singla. The company is headquartered in Palo Alto, California.

Plume is the creator of the world's first Consumer Experience Management (CEM) Platform powered by OpenSync™. As the only open and hardware-independent solution, Plume enables the curation and delivery of new Smart Home Services rapidly and at massive scale.

Plume's smart home service offerings is adopted by more than 240 Communications Service Providers (CSPs) served to more than 35 million households across the globe. CSPs include Comcast, Charter, and Armstrong in the US, Bell and Shaw Communications in Canada, Virgin Media, VOO, and Melita in Europe, and J:COM in Japan.

Plume is backed by Insight Partners, Comcast Ventures, SoftBank Vision Fund 2, Foxconn, Qualcomm Ventures, Charter Communications, Belkin, Service Electric Cablevision, Liberty Global, and others. The company raised $300M in Series F round on Oct 12, 2021. This brings Plume's total funding to $697.2M to date. The latest round nearly doubled the company's valuation to $2.6B, up from the previous $1.35B gained after Series E raised in Feb 2021.