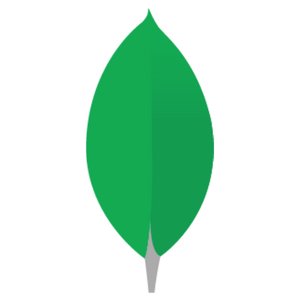 MongoDB (formerly 10gen) is an American software company that develops and provides commercial support for the open source database MongoDB, a NoSQL database that stores data in JSON-like documents with flexible schemas.

MongoDB is the next-generation database that helps businesses transform their industries by harnessing the power of data.

MongoDB supports field, range query, and regular expression searches. Queries can return specific fields of documents and also include user-defined JavaScript functions. Queries can also be configured to return a random sample of results of a given size.

MongoDB is the fastest-growing database ecosystem, with over 40 million downloads, 6,600+ customers, and over 1,000 technology and service partners.

MongoDB scales horizontally using sharding. The user chooses a shard key, which determines how the data in a collection will be distributed. The data is split into ranges (based on the shard key) and distributed across multiple shards. (A shard is a master with one or more slaves.). Alternatively, the shard key can be hashed to map to a shard – enabling an even data distribution.

MongoDB is backed by top investors including Flybridge Capital Partners, In-Q-Tel, Intel Capital, New Enterprise Associates (NEA), Red Hat, Sequoia Capital, and Union Square Ventures among others. MongoDB was valued at $1.5B during it's "Series F" funding in Jan 9, 2015. The company went public in Oct 19, 2017 with a valuation of $1.16B.

MongoDB has been named to Deloitte's 2019 Technology Fast 500™ list of Fastest Growing Companies in North America. The company was also recognized as a Leader in the Database-As-A-Service Evaluation by Independent Research Firm.