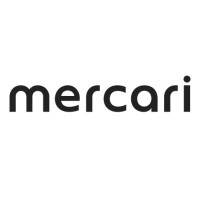 Mercari, fka Kouzoh, is a community-powered shopping app from Japan allowing anyone to buy and sell anything from anywhere.

Mercari is the biggest community-powered shopping app from Japan, for anyone to buy and sell anything, from anywhere, in seconds.

Mercari was founded in Feb 1, 2013 by Shintaro Yamada. The company is headquartered in Tokyo, Japan. The company currently operates in in Japan, the United States, and the United Kingdom.

Mercari's main product is the Mercari marketplace app, which allows users to buy and sell items quickly from their smartphones. In Japan, the app is known for its ease of use and unique shipping system, which allows users to ship items anonymously from local convenience stores through agreements with Yamato Transport and Japan Post.

Mercari, in the US, collaborates with USPS, UPS and FedEx to let users print shipping labels, in addition to allowing sellers to use a separately purchased label for larger items.

Mercari has grown to become Japan's largest community-powered marketplace with over JPY 10 billion in transactions carried out on the platform each month. The platform sees about 350K+ items added everyday.

Mercari is backed by UNITED, Inc. , Development Bank of Japan Inc., World Innovation Lab (WiL), Global Brain Corporation, MITSUI & CO., LTD., Globis Capital Partners, and others. The company raised 8.4B yen (about $75M) in Series D round on Mar 2016. This brings Mercari's total funding to $116.6M to date. The last financing valued Mercari at a $1B post-money. Mercari went public on in May 2018, valuing them at $1.1B at IPO.