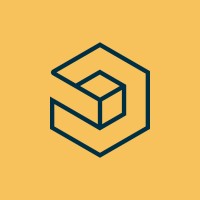 Logz.io is a cloud-native observability platform that enables engineers to use the best open source tools in the market without the complexity of operating, managing, and scaling them.

Logz.io simplifies log analysis by using predictive analytics and machine-learning algorithms to find and predict critical events in the volumes of information that is now constantly generated in IT environments by servers, applications, and network devices.

Logz.io was founded in 2014 by Check Point alumnus Tomer Levy and Asaf Yigal. The company is based in Tel Aviv, Israel with an additional office in Boston, Massachusetts.

Logz.io’s cloud-native observability platform is based on the leading open source monitoring tools that proliferate engineering departments in favor of proprietary alternatives. It offers four products: Log Management built on ELK, Infrastructure Monitoring based on open source Grafana, Distributed Tracing based on Jaeger, and an ELK-based Cloud SIEM.

Logz.io is backed by General Catalyst, 83North, Pitango Growth, Giza Venture Capital, OpenView Venture Partners, Vintage Investment Partners and others. The company raised $23 in a Series E round on Nov 24, 2020. This brings Logz.io's total funding to $121.9M to date.

Logz.io was named one of Fortune Magazine’s "50 Companies Leading the AI Revolution" as well as Network World’s "5 Open Source Companies to Watch". VentureBeat also named the company one of "113 Enterprise AI Companies to know" and Forbes covered their combination of technology and market trends.

Logz.io was also named #39 in the Calcalist's list of The Top 50 Promising Startups In Israel in 2016. The company was included in venture capital data analysis company CB Insight's list of 12 Israeli Enterprise Startups to Watch and then in its Periodic Table of Israeli Tech Logz.io was named a finalist in the Upcoming Cloud Service Provider Award category in the Data Center And Cloud 2016 Awards.