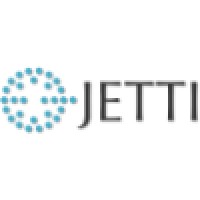 Jetti is a technology-driven natural resources company that makes it possible to extract copper from low-grade primary sulfides.

Jetti Resources was founded in 2014 by Mike Outwin and Andrew Perlman. The company is headquartered in Boulder, Colorado, with offices in Chile and Canada.

Jetti's technology enables the production of copper from low grade ores that contain 70% of the world’s remaining copper resources, which until now could not be economically processed.

Jetti has developed and commercially deployed a catalytic technology that allows for the efficient and effective heap and stockpile leach extraction of copper trapped in these ores.

Jetti is backed by T. Rowe Price, Mitsubishi Corporation, Rothschild & Co, DNS Capital, BHP Ventures, Freeport-McMoRan, Orion Resource Partners, and others. The company raised $100M in a Series D round on Oct 24, 2022. This brings Jetti's total funding to $169.5M to date. The latest round mints Jetti a unicorn with a valuation of $2.5B post-money.