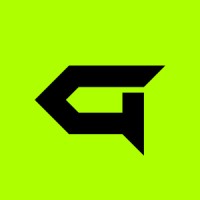 Gunzilla Games aims to create titles that players love and get lost in, so our games are developed with them in mind from the start.

Gunzilla was founded in 2020 by Vlad Korolev and Alex Zoll. The company is headquartered in Hesse, Germany, with offices in Ukraine and Los Angeles, California.

Gunzilla Games is building a new platform called “GunZ” to grant gamers complete ownership of their in-game possessions. GunZ will be the foundation for “Off The Grid” (OTG), a new game where in-game items can be traded using NFT technology.

Gunzilla has studios in three iconic metropolitan locations: Frankfurt’s breathtaking modern skyline houses our directors, art, design, development, and marketing roles. Ukraine’s beautiful capital, Kyiv, is home to operations, programming, support, and backend roles. The Los Angeles studio is currently utilized as a base of operations in the USA.

Gunzilla Games incorporate NFT technology into in-game item trading the company believes that the GunZ platform has the potential to change the core gaming experience for players.