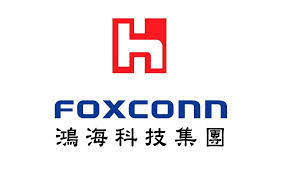 Foxconn has been involved in several controversies. In 2010, following a series of employee suicides at its factory in Shenzhen, Foxconn was criticized by labour activists, who accused the company of providing low wages and allowing employees to work past legal overtime limits.

Foxconn has 12 factories in nine Chinese cities—more than in any other country. The largest Foxconn factory is located in Longhua Town, Shenzhen, where hundreds of thousands of workers (varying counts include 230,000, 300,000, and 450,000) are employed at the Longhua Science & Technology Park, a walled campus sometimes referred to as “Foxconn City”. Covering about 1.16 square miles (3 square km), it includes 15 factories, worker dormitories, 4 swimming pools, a fire brigade, its own television network (Foxconn TV),[10] and a city centre with a grocery store, bank, restaurants, book store and hospital. While some workers live in surrounding towns and villages, others live and work inside the complex; a quarter of the employees live in the dormitories, and many of them work up to 12 hours a day for 6 days each week.

Foxconn is the world's fourth-largest information technology company by revenue and today, it is the world's largest contract electronics manufacturer. Foxconn's future expansion include sites at Wuhan in Hubei province, Haizhow, Kunshan in Jiangsu province, Tianjin, Beijing, and Guangzhou in Guangdong province, China. A Foxconn branch that primarily manufactures Apple products is Hongfujin.

Foxconn plans to begin building US panel plant next spring

Foxconn to spend US$5.7 billion in Nanjing on world's biggest smartphone assembly hub