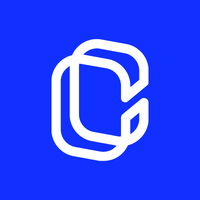 Centrality provides the tools to help developers bring their app to market with blockchain technology by providing capital and an open source library of tools and technology to create your own marketplace.

Centrality was founded in 2016 by Aaron McDonald, Jerry Yuan, and Roger Smith. The company is headquartered in Auckland City, Auckland, New Zealand.

Centrality's technology allows businesses to work together to gain scale through shared acquisition of customers, data, merchants and content.

Centrality has an advantage over other blockchain companies because they have an established portfolio of blockchain-ready applications on their marketplace. The applications in the Centrality marketplace have been hand-picked so that they all work together to help each other grow, creating a powerful, one-of-a-kind ecosystem.

Centrality received overwhelming demand for their CENNZ token, with more than 8000 buyers registering via the know-your-customer (KYC) and anti-money-laudering (AML) screening service provided by Blockhaus and SingleSource.

Centrality is backed by MME, BELL GULLY, GlobalChain Group, CTIA, CLEAVER Partners and others. The company has raised a total of $95M in funding to date.