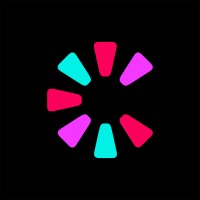 Cameo is a celebrity video site on a mission to create the most personalized and authentic fan experiences in the world.

Cameo was founded in 2017 by Steven Galanis and Devon Townsend. The company is headquartered in Chicago, Illinois, with an office in Los Angeles, California.

Cameo has been building a good deal of steam in recent years, but the service is among those that managed to get a major boost amid the pandemic, as celebrities and normals alike suddenly found themselves with a lot more time on their hands.

Cameo is backed by Kleiner Perkins, Lightspeed Venture Partners, e.ventures, GV, Amazon Alexa Fund, UTA, SoftBank Vision Fund 2 and others. The company raised $100M in Series C round on Mar 30, 2021. This brings Cameo's total funding to $165.2M to date. The latest round valued Cameo at over $1B post-money.