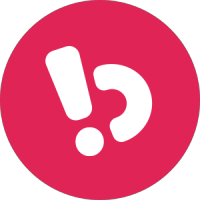 Bukalapak is a leading tech company with a mission to bring a Fair Economy for All by creating a sustainable ecosystem in Indonesia.

Bukalapak aims to provide everyone with options and opportunities to get more out of life.

Bukalapak was founded in 2010 by Achmad Zaky, Fajrin Rasyid and Nugroho Herucahyono. The company is headquartered in Jakarta Selatan, Jakarta, Indonesia.

Bukalapak allows users to digitally sell their goods without a large amount of capital and make transactions. Through its online and offline platforms, Bukalapak provides opportunities and choices for everyone to achieve a better life.

Bukalapak launched Mitra Bukalapak in 2017, which aims to provide additional services to the shops, such as online bill payments and phone top-ups as well as connecting merchants to consumer goods distributors.

Bukalapak has served more than 6 million Pelapak, 5 million Bukalapak Partners and 90 million active users. It is one of the largest e-commerce company in Indonesia and was the fourth unicorn startup in Indonesia.

Bukalapak is backed by Microsoft, GIC, UBS Group, Shinhan Financial Group, Mirae Asset-Naver Asia Growth Fund, GREE Ventures and otherrs. The company raised $234M in a new round on Apr 14, 2021. This brings Bukalapak's total funding to $784M to date. The latest round reportedly valued the company at $4B post-money. Bukalapak became a unicorn with $1B valuation gained from a fundraising in Jan 2019.