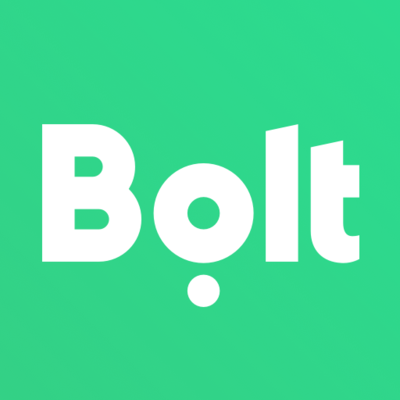 Bolt develops and operates the Bolt mobile application, which allows people to request a taxi or private driver from their smartphone, as well as electric scooters.

Bolt was founded in August 2013 by Markus Villig and and headquartered in Tallinn, Estonia. As of February 2019, Bolt operates in 33 countries and more than 50 cities in Europe, Africa, North Africa, West Asia, North America and Australia.

Bolt started out as a taxi-hailing app in Estonia. The company has since branched out into several new services, including food delivery, car sharing and electric scooter and bike rentals.

Bolt operates their app, which enables people to hail rides from their smartphones. The application is available for Android, iOS and Windows Phone. Riders must choose a payment method: cash, credit card or mobile carrier billing before they can use the service.

Bolt now has more than 100 million customers in 45 countries and 400+ cities using its services.

Bolt is backed by Sequoia Capital, Fidelity Management and Research Company, Daimler, Didi Chuxing, Creandum, BlackRock, EIB, Sequoia, G Squared, D1 Capital, IFC, Whale Rock, Tekne, and others. The company raised $355M in an ongoing Series E round on Jan 14, 2022. This brings Bolt's total funding to $2.36B to date. The latest round valued the company at $11B post-money. Bolt was previously valued at $8.4B from the 1st tranche of Series E raised just a days before.