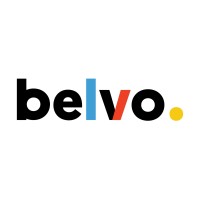 Belvo enables any company or developer to access and interpret their end-users' financial information, through one easy-to-use API.

Belvo was founded in 2019 by Pablo Viguera and Uri Tintore. The company is headquartered in Mexico City and Barcelona, Spain. Belvo currently operates in Mexico, Colombia and Brazil.

Belvo has built a developer-first API platform that can be used to access and interpret end-user financial data to build better, more efficient and more inclusive financial products in Latin America.

Belvo expanded its API coverage to over 40 financial institutions, which gives companies the ability to connect to more than 90% of personal and business bank accounts in LatAm, as well as to tax authorities (such as the SAT in Mexico) and gig economy platforms.

Belvo has built a customer base of more than 60 companies across Mexico, Brazil and Colombia, handling millions of monthly API calls.

Belvo is backed by Founders Fund, Kaszek, Y Combinator, FJ Labs, Future Positive, Kibo Ventures, MAYA Capital, Venture Friends, and others. The company raised $43M in Series A round on June 01, 2021. This brings Belvo's total funding to $56M to date.