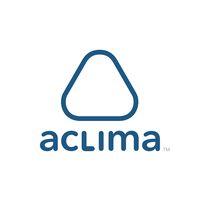 Aclima is the leader in hyperlocal air quality and greenhouse gas measurement and analysis.

Aclima was founded in 2007 by Davida Herzl and Reuben Herzl. The company is headquartered in San Francisco, California, with offices in Portland, Oregon and New York.

Aclima has pioneered an entirely new way to measure and analyze air pollution and greenhouse gases, block by block and around the world.

The Aclima hardware and software technology platform translates billions of scientific measurements from its network of stationary and roving sensors into environmental intelligence for governments, businesses, and communities.

Aclima is currently mapping air quality in North America from New York to California, including all nine counties in the Bay Area and California environmental justice communities served by Assembly Bill 617. With partners, Aclima is also mapping cities in Europe, Latin America, Asia, and North Africa.

Aclima sensing technology has measured air pollution and greenhouse gases block by block in more than 150 cities in 14 countries.

Aclima was recognized as a 2017 World Economic Forum Technology Pioneer, as well as being named one of the prestigious 2018 Global Cleantech 100 companies.